Coronavirus cases soared in India and Japan, causing big demand issues. India is the third-largest net crude importer in the world. The American Petroleum Institute (API) announced on Tuesday that crude oil inventories in the US had increased unexpectedly.

The US Dollar's moderate rebound on the day added to the bearish outlook on volatile commodities on Wednesday. Brent oil fell sharply for the second day in a row as a result of these reasons, losing 0.63% on the day. This came after a 1.19 percent drop the day before, sending Brent crude to one-month lows.

After the release, we saw Distillate stockpiles, which include diesel and heating oil, fell 1.074 million barrels last week, compared to an expected draw of 956,000 barrels.

After the EIA releases came out there was a slight upside seen on WTI crude. For new momentum, investors will look to the US Energy Information Administration's Crude Oil Stocks Change data for the week ending April 16. 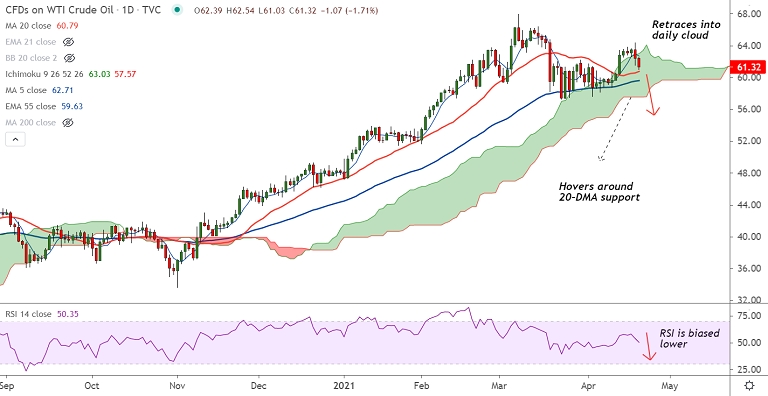