On Friday 2nd September 2022, the Bureau of Labour Statistics is set to release the US Nonfarm Payrolls and US Unemployment Rate, here are some views on what to expect:

Wells Fargo
Job growth of more than half a million new jobs per month is consistent with an economy that is experiencing robust economic growth. Yet, other indicators suggest the economy is slowing down, and monetary policymakers are charting a course that brings labor supply and demand more into balance.
As a result, we would be surprised by job growth continuing anywhere near the July pace in the months ahead. We look for nonfarm payrolls to have risen 325K in August. 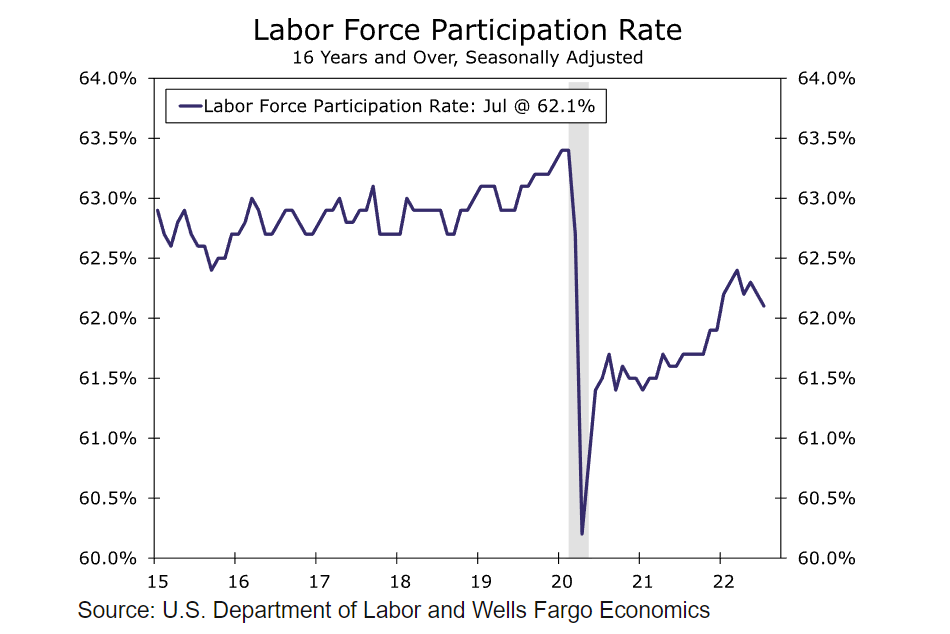 JPMorgan
Nonfarm Payrolls: 300k
Unemployment Rate: 3.4%
Dr. David Kelly: "High-frequency data suggests a solid jobs report this Friday – between +300,000 and +400,000 on payrolls, no change in the unemployment rate, and wage growth of roughly 0.4%. This could tilt the betting further in favor of 75 basis points."
Strategists: "A reading on the US labor market that spells bad news for the economy is actually a bullish signal for stocks."

“If we see strength in jobs, it means the Fed can go 75 and raise rates quickly without risking growth.”

TD
Nonfarm Payrolls: 370k
Unemployment Rate: 3.4%
Head Trading Strategist Shawn Cruz: "The repercussions from Friday are going to make us extra sensitive to a lot of the incoming data, especially around employment."

Previous Release
On August 5th, at 8:30 AM ET, the BLS released the US Nonfarm Payrolls and US Unemployment Rate figures.
Nonfarm Payrolls soared over average expectations, with a figure of 528,000, on median estimates of 250,000, and a prior read of 372,000.
The US Unemployment Rate came in lower than expected, 3.5%, 10bps lower than the median estimates.

This better-than-expected employment report caused strength in the US dollar, weakness in the S&P 500 and Gold, and increased yields on the US 10-year government bonds.