The Bull Pennant as a price action pattern typically presents immediately following an impulsive move in the market & represents a short consolidation before the continuation of the bullish trend. In general Pennants are found frequently in all markets, time frames, & price ranges. A fairly common price pattern that tends to provide a great risk:reward ratio when traded with a clear trend bias. They also tend to be easy to identify, very reliable and therefore, a trader favorite.

Visually Bull Pennants are a 2 part structure: a Pole with a base & a tip and then a pennant which looks very much like a small ‘stubby’ symmetrical triangle attached to the Pole and pointing to the right.

Bull Pennants are characterized with a series of higher lows & lower highs with trend lines drawn to represent the immediate support & resistance. The shape is altered by the slope of the descending resistance line & the slope of the ascending support line which is ‘converging’ or; inclining toward each other. The range-bound price action is balanced between buyers & sellers exhibiting similar strength/weakness & the pattern highlights this ‘mid-line’ price while squeezing to form an Apex.

1) Background: A Strong impulsive, thrusting action with a surge in volume & price establishes a clear picture of the controlling bullish trend direction. This action is represented visually by a Pole with tip pointing up. Higher & more drama the better as the Pole is the Key to recognizing the potential for the continuation of the pattern. The Pole represents trend direction as well as its strength & often this pattern is initiated as a new breakout in price from an established base of support & buyers are in control. This pattern has ‘1 rule: all Pennants must have a pole.’

2) The second phase is a pause for consolidation of the action both in volume & price and is represented by the Pennant. As traders we like to see this phase very short in duration with only 2 or 3 swings while our price action is range bound maintaining the higher lows & lower highs shape & the volume is ‘resting’.

3) The pattern confirms as a bullish continuation pattern if the action creates a new bullish breakout with a surge again from the bulls in both volume & price. The immediate upper resistance outlined by the Pennant is the area traders look to see confirm the breakout. Typically the action will mimic the volatility & energy experienced with the Pole creation.

Measured Move Targets based on structure of Pole & the Bull Pennant

Conservative &/or a first target: 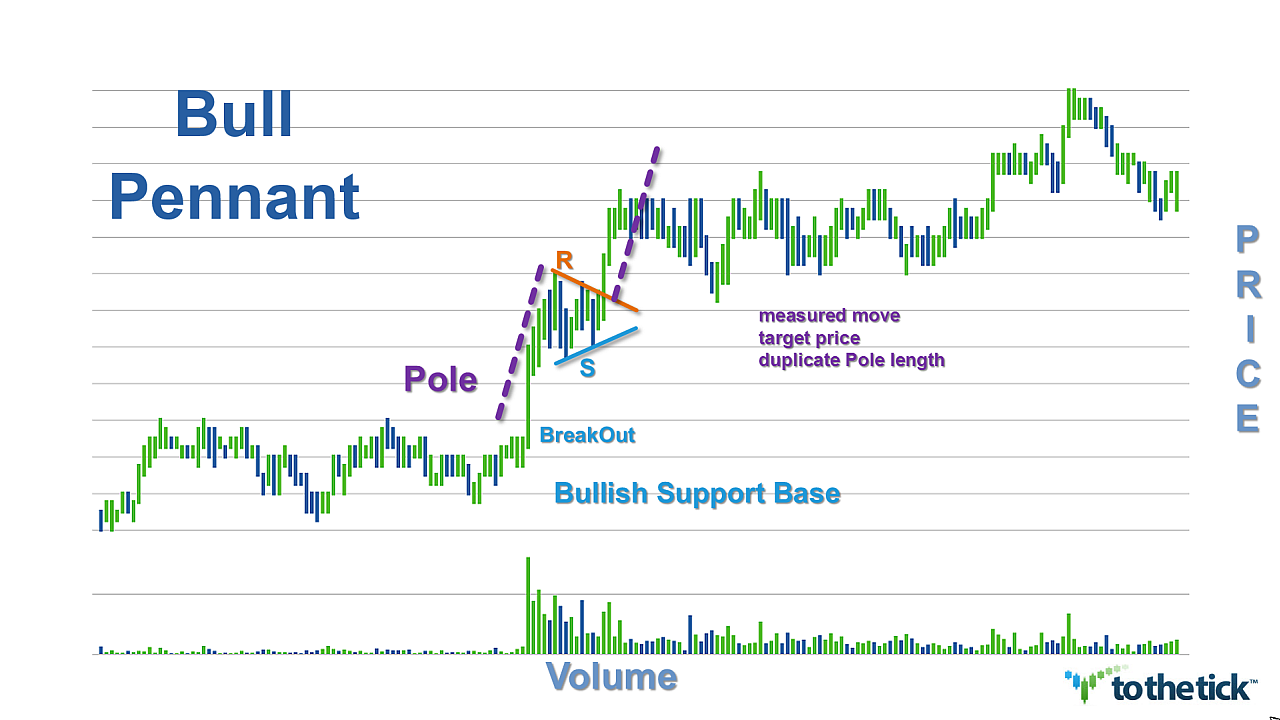 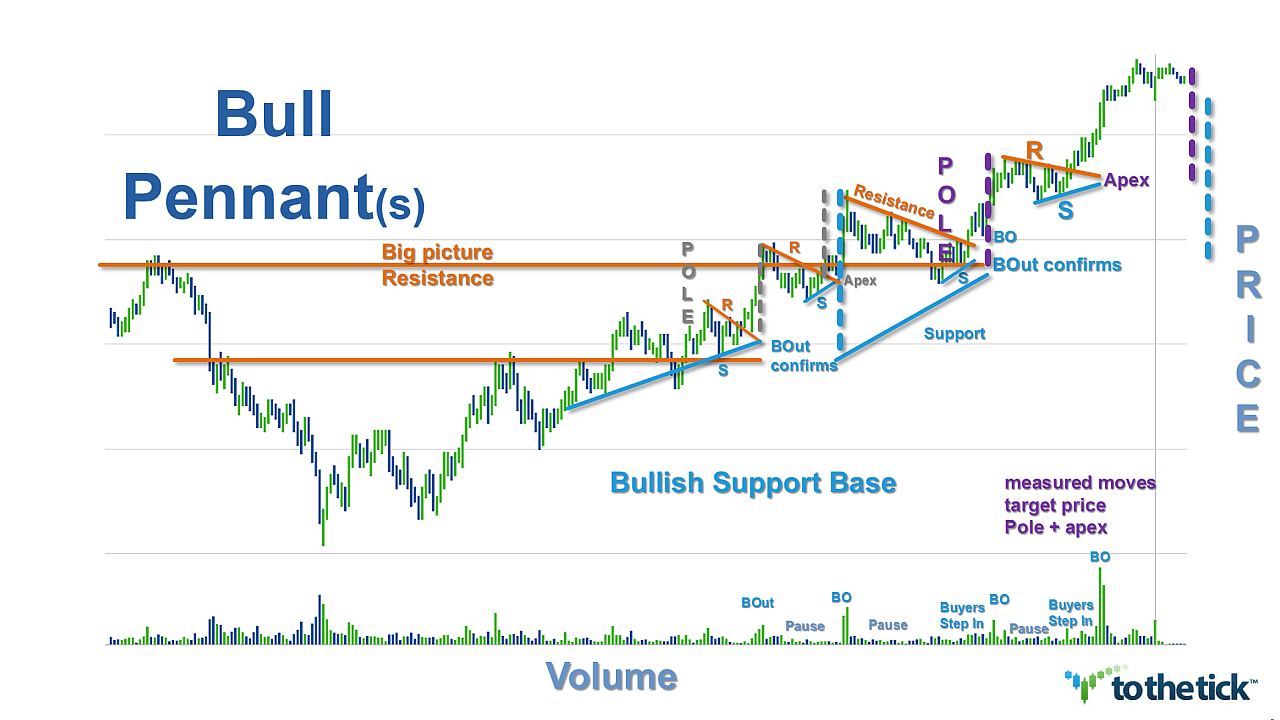